Start pitcher was 2019 City League player of the year. 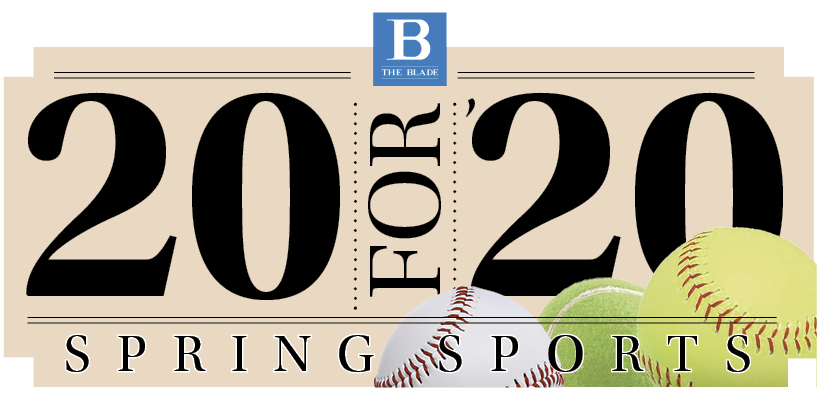 The Blade is featuring 20 spring sports seniors from 20 different schools whose final seasons were canceled because of the coronavirus pandemic. This is the 19th in the 20-part series.

Sorrow is a daily ritual for Robbie Sapp.

The Start High School senior had big plans for his college baseball career — a career that will not happen.

“I am disappointed every day,” said Sapp, who did not receive a scholarship offer to play collegiately. “But there's always a point in your career where you have to hang up your jersey. You just gotta live with it.”

Instead, the 2019 City League player of the year will begin a job at Mosser Construction in June and continue another passion: carpentry. It’s just happening sooner than he thought.

Sapp took a liking to the trade during his freshman year after taking a class. He’s built several pieces of wood furniture for family members, influenced by his grandfather’s own carpentry skills.

The 6-foot-2 southpaw can talk rapidly about building and transition to pitching, offering a detailed breakdown of his pitching repertoire. He prefers his two-seam and four-seam fastballs, though his breaking ball is considered his strikeout pitch.

“He was a very tenacious competitor,” Start coach Jason Wanner said. “He was never going to let the batter in the batter’s box beat him on the mound. It was always a one-on-one battle. He took it very personal. He made sure he won every matchup.”

More often than not, Sapp was the victor because his pitches took hitters longer to pick up.

In 2019, he was 4-2 with a sterling 1.28 ERA, striking out 51 batters in 49⅓ innings pitched. But he wasn’t a one-tool player. Sapp hit .453 with 15 runs batted in. When he wasn't pitching, Sapp played first base, outfield, and catcher, a rarity for lefties. A left-hander hasn’t played catcher in the major leagues since 1989.

“I wish we could have had one more chance to prove something,” Sapp said.

Especially because Start was vying for its eighth consecutive City League championship, and Sapp would have had a familiar face beside him.

“I was looking forward to this season for many reasons,” he said. “It was my last ride with my teammates, my brothers. We worked a lot in the offseason to get where our head coach wanted us, where we wanted to be. Now, all that hard work can’t be shown, and that hurts. My little brother [freshman Timmy Sapp] was going to be on varsity, and it was going to be a big year for us.”

Searching for light, Sapp remembered his final game in a Start uniform — a 6-0 victory over Waite for the City League title. He combined on a three-hitter to stifle the Indians, as Start is attempting a return to yesteryear when it ruled the sport of baseball under Rich Arbinger.

“We had a fantastic team [in 2020],” Wanner said. “We were looking forward to great things on the field and off the field this year. We’ve been building something for the previous four years. Our culture has totally changed. [Sapp] was a cornerstone. He could do it all. His talent alone helped us gain respect as a program.”